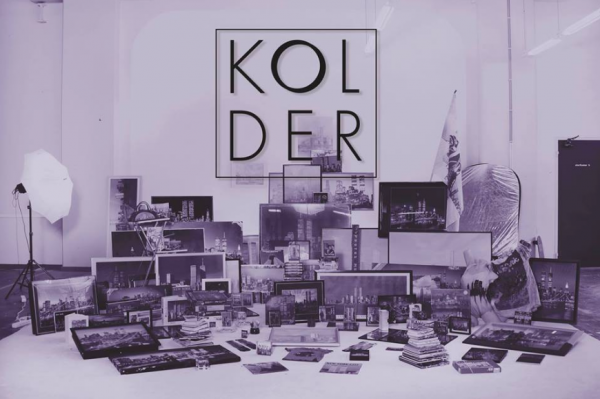 Thomas Kuijpers : 'When The Twins Were Still Beautiful'

Visual artist Thomas Kuijpers turns the space of Kolder into a diorama devoted to the Twin Towers. As a modern-day Don Quixote, using an absurd collection of kitsch images and objects, the artist recreates the iconic imagery of New York’s skyline pre-9/11.

At first sight, it seems a naïve attempt to reconstruct this romantic image from before the dramatic that is so strongly engrained in our collective memory that it is nearly impossible to imagine otherwise.

It all started with the purchase of a painting by an unknown artist depicting the iconic image of the Twin Towers. The description only said ‘painted before 2001’. When Thomas Kuijpers looked at it for the first time, the replaying image of the collapsing towers was put on hold for a moment, and replaced by a glimpse of how the World Trade Center was must have been experienced before the disaster. Fascinated by this thought, he decided to buy the painting. This ultimately became the starting point for Kuijpers to amass a wide collection of pre-9/11 memorabilia, including tourist photos, puzzles, socks, wallpaper and even a bathing suit.