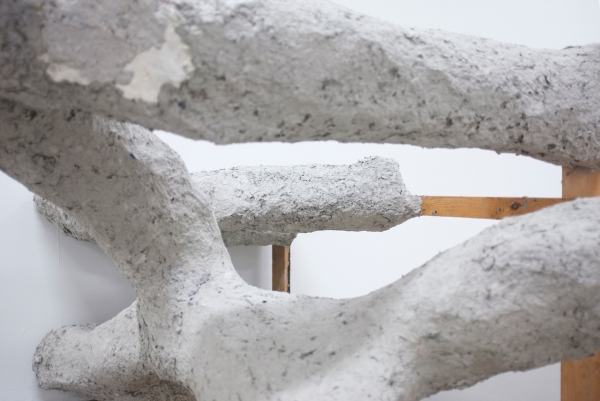 The work of Leyla Aydoslu (1987, TR/DE, lives and works in Ghent, BE) is often a deconstruction of architectural elements adapted to the scale of the human body and of the space where the work is shown. She looks for objects of possible interest in the streets, often remnants of building materials, which she then converts experimentally into constructions and sculptural installations that may be both robust and elegant. While respecting the properties of the material, during the creative process she looks for ways of linking the various elements together to the point where a sense of tension arises. The mould and the cast – negative and positive space – make frequent appearances in her oeuvre. At P/////AKT Aydoslu will present a new, site-specific installation of sculptural works.