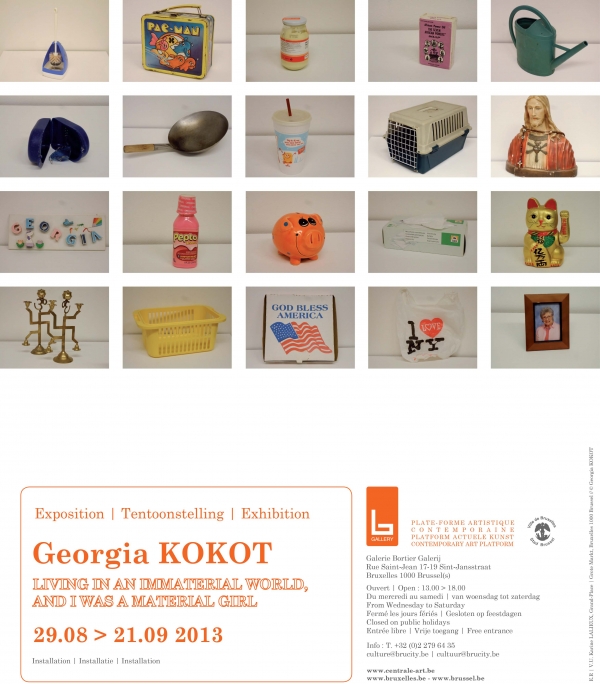 I WAS A MATERIAL GIRL // Installation

If you know that a picture of something is actually a picture of something which is already dead, then you’re probably also aware that all things (yourself included) are busy changing, passing, and sooner or later will cease to be. But there’s no sense in reasoning that life is merely a series of fading moments, filled with things that basically don’t exist, or of doubting whether all you’ve lived and loved was ever really there. You can remember it -sometimes like it was just yesterday- can’t you? And hasn’t so much of it seemed even more real with the passing of time? The images of the things in our pictures, doomed as they are, remind us of what was, is, and will forever have been. Pour over them and reminisce with the luxury of hindsight, and you’ll grow fonder of what you once couldn’t fully appreciate. In the end, the memories that those images trigger will be better than that which was only temporary. So go ahead and try all you want, but you won’t be able to hold on to what will soon be gone. In memory however you can count on, and keep for always, something more lasting than anything in this tangible world. Memory will serve all that which has mattered to you.