Duo exhibition 'twofold' — Carlos Caballero & Ode de Kort
Opening: Friday September 24, from 4pm - 8pm
About Ode de Kort:
In the practice of Ode de Kort, as consistent collaborators, O and U are (much more than only letters), companions to think, exercise and perform with. By exercising and training with these characters they generate both (typo)graphic, performative and linguistic questions. In a continuous transposition between photography, installation, video, performance and text, de Kort's practice is a way to test sense-making and unmaking, shifting the relationship between language and the formation of the self. This long-term artistic involvement with O and U results in an extensive vocabulary, a language that is in a continuous flux.
About Carlos Caballero:
"Carlos Caballero's works seem to manifest an extreme metaphysical rigor, although the ineffable of his shapes breaks up the contours, which seem to sink into the pictorial background, so that, even their perimeter proves to be mobile, and in fact these spots of color appear to move, almost to change into each other, simultaneously weaving to proclaim the indecipherable form. Carlos Caballero's pictorial avant-scène, oscillating between almost conventional grid systems, seemingly expressionist symbols, modernist abstractions, ludic extravagances and geometric shapes, it definitely stages a meticulous and reflective, vast and autonomous work. Through this perpetual process of making and unmaking, his works escape the traditional frames, thus creating their own logic in which the inner movements follow each time independent rhythms. All the elements which assemble each work can be seen, as a set of esoteric representations, hermetic images, emblematic objects and abstract diagrams, waiting to be decoded." — Domenico de Chirico
'twofold'
September 24 - October 3, 2021
BLANCO
Coupure Rechts 308
9000 Ghent, Belgium
Opening hours: Saturday and Sunday, 2pm - 6pm
Tuesday - Friday, 2pm - 6pm (by appointment only) 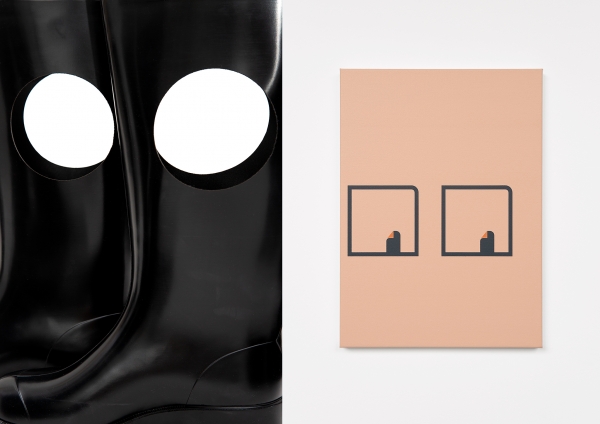