Finissage There are stories...

Filmprogramma: Incidents in a Museum

Incidents in a Museum includes scenes from feature films from the 1920s to the present that are situated in museums or art galleries. In films, museums strikingly invoke always similar associations: they are elitist temples where only snobs and dandies enjoy art or they are first and foremost presented as perfect meeting places for secret lovers, criminals, or spies. Museums are also invariably connected to mysteries and dangers. They are uncanny places where spiritist and atavist powers haunt the characters or fatal places of death. In addition, museums are ideal places for self-reflection for film directors: after all, they are the setting for scenes in which looking (at paintings or sculptures) is visualized by means of camera movements and point-of-view shots.

Steven Jacobs is an art historian who published The Wrong House: The Architecture of Alfred Hitchcock(2007) and Framing Pictures: Film and the Visual Arts (2011).

Karel De Cock is a filmmaker. His recent works Resonance (2008) and Accepting the Image (2011) focus on public space in large cities and have an observational approach.

Incidents in a Museum was made in the context of a research project on the visualization of artworks in film at the School of Arts (KASK), University College, Ghent. 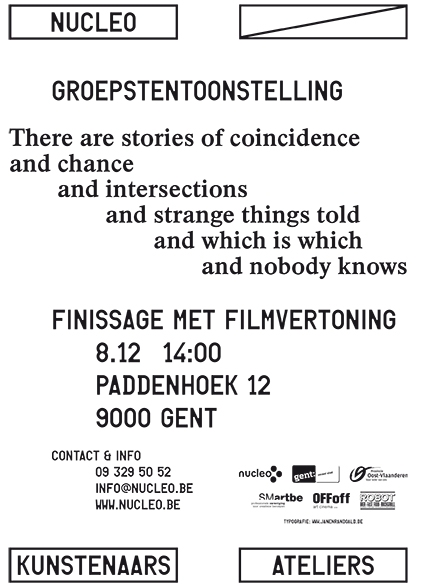 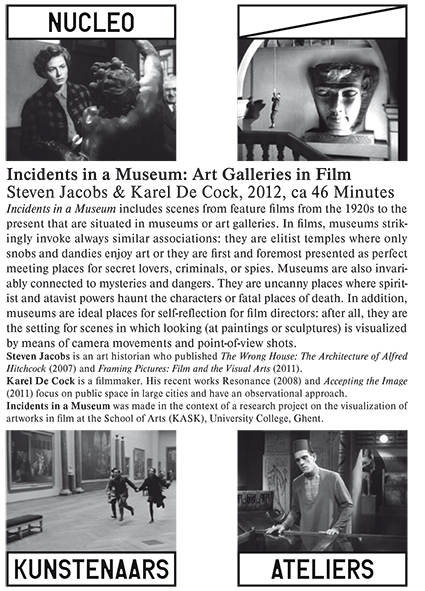